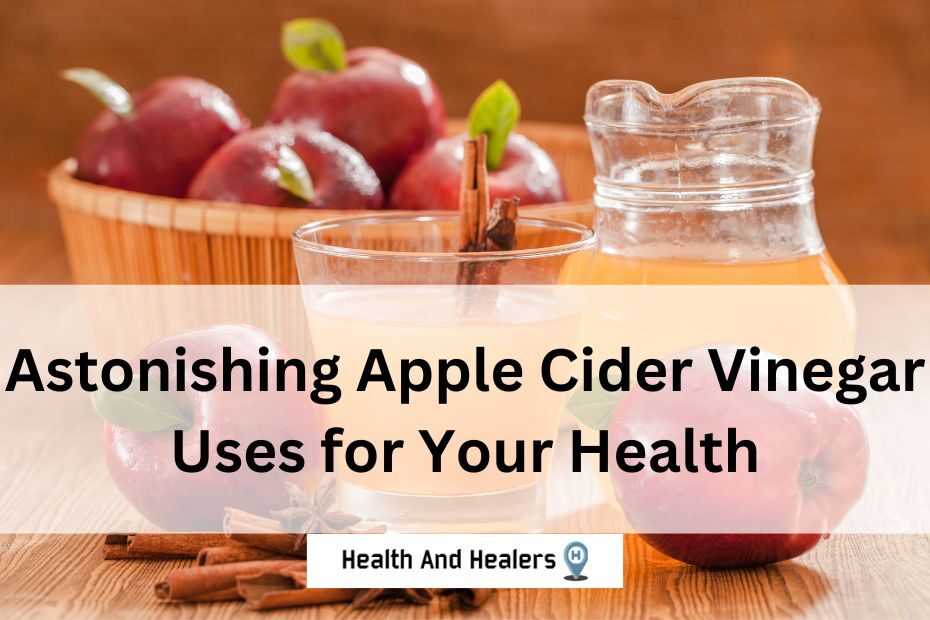 Is there vinegar in your cupboard? Many of us are guilty of this. This commonplace item has been used by humans since at least 5,000 B.C. It may be used to store food, add taste, pickle vegetables, and even as a medicine. It has a long history of use as a medicine in ancient Africa, China, and Greece. Some studies support health claims made about the use of apple cider vinegar due to its antibacterial and antioxidant properties.

What is apple cider vinegar?

Apple cider vinegar is produced by fermenting a mixture of apples, sugar, and yeast. The yeast will ferment the sugar over a period of weeks, producing the alcoholic beverage. The acetic acid responsible for apple cider vinegar’s characteristic sourness is produced during this process by naturally occurring microorganisms.

You may choose between filtered and pasteurized apple cider vinegar or raw and unfiltered apple cider vinegar while shopping. You may identify “the mother,” a bacterial and yeast slurry that settles to the bottle’s bottom, by its murky appearance. It has been theorized that the mother, which carries probiotics and beneficial bacteria in minute quantities, is responsible for the health advantages.

Useful in the kitchen, around the house, and even for your health, apple cider vinegar may be put to work as a:

Here are four ways in which ACV might help you

While larger studies are required to confirm these findings, preliminary research suggests that apple cider vinegar may help with weight reduction and a variety of other health conditions.

Having some apple cider vinegar before bedtime has been demonstrated to lower morning fasting blood sugar levels as well. If you have diabetes and are on medication, you should discuss using ACV with your doctor before starting treatment.

Apple cider vinegar may be used as a natural preservative for those who are interested. It is effective against a wide variety of harmful microorganisms, including staph and yeast.

Since vinegar kills off harmful bacteria and viruses including norovirus and E. coli, it is widely used as a food preservative in Korea. Apple cider vinegar’s acetic acid has bactericidal actions against E. coli, which may prevent food poisoning from arising after ingestion.

Apple cider vinegar may also aid in weight reduction, which is an attractive feature. Taken either before or during a meal, ACV has been demonstrated to aid with satiety.

When apple cider vinegar was added to a meal, people in one research ate between 200–275 less calories. Over the course of three months, those who drank one to two tablespoons of ACV daily lost an average of 3.7 pounds and a significant amount of body fat.

One’s chance of developing cardiovascular disease is amplified when their cholesterol and triglyceride levels are too high.

Combining a reduced-calorie diet with up to an ounce of apple cider vinegar daily may decrease total cholesterol and triglycerides while raising HDL “good” cholesterol.

Half an ounce of ACV added to the diet may also help those with type 2 diabetes manage their total cholesterol and triglyceride levels.

Some people report positive results after using apple cider vinegar, but it’s important to remember that there are also risks involved. Tooth enamel may be worn away by the acidity, and once it’s gone, it’s gone for good. If you drink it straight, it might irritate your throat or esophagus.

There are additional possible adverse reactions to apple cider vinegar, including:

Diluting apple cider vinegar with water or juice makes it more drinkable and less likely to cause irritation to the mouth and throat. If you have an upset stomach, try mixing a spoonful or two of each.

The recommended amount of apple cider vinegar to take depends on the intended effect. The typical recommended serving size is between two teaspoons and two tablespoons.

Dilute it with water, your favorite fruit juice, or tea if you must consume it. You can also add it to your favorite dressings, vinaigrettes, and even homemade mayonnaise for a tasty twist.

One or two cups may be added to a bath to treat skin problems. Make a wet wrap by combining a tablespoon of apple cider vinegar with one cup of water, then soaking gauze or cotton in the mixture.

Rinse hair with an apple cider vinegar and water mixture after washing, using up to two teaspoons per cup of water. Do not rinse for 5 minutes. Use it carefully because of how drying it may be. Since undiluted apple cider vinegar (ACV) may cause irritation to the scalp, a less concentrated solution may be preferable.

There have been positive findings from certain studies on apple cider vinegar, but more are needed to draw firm conclusions. Weight reduction, management of diabetes type 2, blood sugar, and cholesterol, and inhibition of dangerous bacterial development on food are all possible benefits. But if you drink apple cider vinegar straight, it could wear down your teeth and irritate your throat. If you want to avoid tooth and throat pain after ingesting ACV, diluting it with a liquid like water or juice is recommended. Apple cider vinegar is a natural cure, but like any other, it’s best to check with your doctor first and conduct a skin test before applying it all over your body.