The Negative Effects of Consuming Even Small Amounts of Alcohol 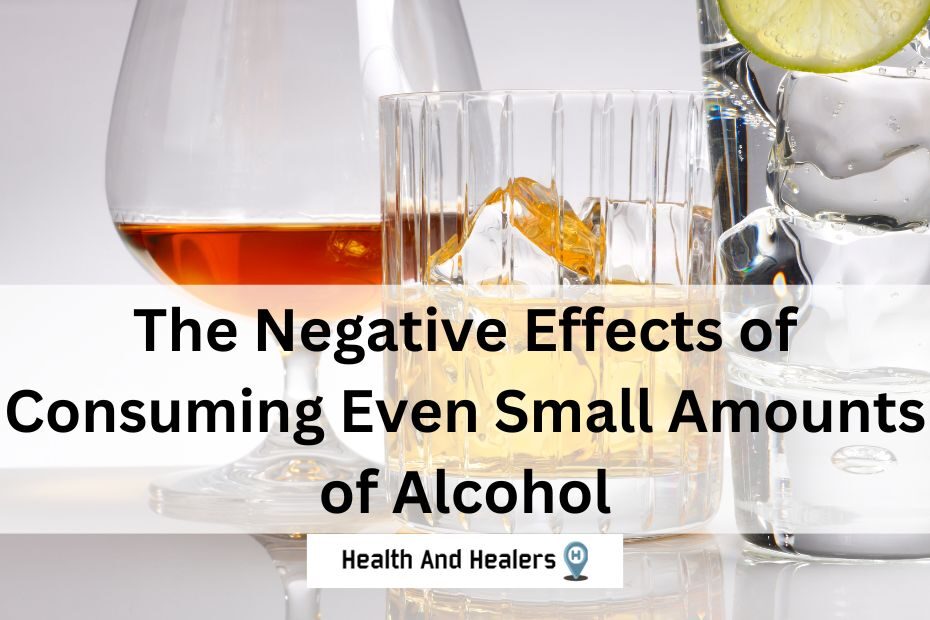 I hate to be the one to break the good news, but your health will not benefit from a glass or two of wine every night.

Evidence is mounting that even moderate alcohol use has negative health effects, despite decades of conflicting and even contradictory studies (too much is terrible for you, but a little bit is healthy; certain forms of alcohol are healthier for you than others; just joking, it’s all harmful).

According to a study released in November, there would be almost 140,000 annual fatalities in the United States due to excessive alcohol usage between 2015 and 2019. Acute causes accounted for over 40% of the fatalities; these included things like vehicle accidents, poisonings, and killings. However, most deaths were the result of alcohol-related chronic diseases such cirrhosis of the liver, cancer, and heart disease.

Many listen to medical professionals’ warnings about the dangers of alcohol use and presume they are referring to those with an addiction to alcohol. However, even modest alcohol usage is not without health dangers.

According to Dr. Tim Naimi, head of the Canadian Institute for Substance Use Research at the University of Victoria, “risk begins to go up way below levels where people would assume, ‘Oh, that individual has a drinking issue.'” “Even moderate alcohol use may have negative health effects.”

How can I tell if I’ve had one too many drinks?

Technically, anything more over the daily limits specified by the U.S. Dietary Guidelines is considered “excessive alcohol usage.” Those numbers add out to more than two drinks per day for males and more than one drink per day for women.

New research suggests “that there are dangers even within these limits, notably for some kinds of cancer and various forms of cardiovascular disease,” according to Marissa Esser, who directs the CDC’s alcohol program.

The dietary guidelines for a whole week are not intended to represent an average of the individual daily guidelines. That is to say, if you abstain from alcohol use Monday through Thursday and then have two or three drinks a night on the weekends, you are still exceeding the recommended intake. Damage may be done both by drinking excessively on a single occasion and by drinking over a long period of time.

We need to know why alcoholic beverages are so dangerous.

Experts believe alcohol’s negative effects on health are mostly due to its ability to wreak havoc on DNA. As a byproduct of ethanol metabolism, acetaldehyde is produced, which is very poisonous to cells. Dr. Esser added that acetaldehyde “damages your DNA and stops your body from healing the damage.” After DNA is broken, rogue cells may multiply uncontrollably, giving rise to a tumor.

Blood vessel lining cells are especially vulnerable to alcohol’s oxidative stress, another cause of DNA damage. Vascular stiffening caused by oxidative stress has been linked to hypertension and atherosclerotic heart disease.

“It profoundly changes DNA, and that’s why it affects so many organ systems,” Dr. Naimi added. Consistent use “damages tissues over time” throughout the course of a lifetime.

Isn’t alcohol supposed to be beneficial for your heart?

Alcohol’s impact on the heart is unclear since some studies have stated that little doses of alcohol, especially red wine, might be helpful. The “good” HDL cholesterol is increased by alcohol, and resveratrol, an antioxidant present in grapes (and red wine), has been hypothesized to have cardioprotective effects.

“There’s been a lot of new studies that has really challenged the concept of any type of what we term a cardio-protective or beneficial impact of alcohol,” said Mariann Piano, a professor of nursing at Vanderbilt University.

People who drink moderately are more likely to engage in other heart-healthy behaviors, such as regular exercise, a diet rich in fruits and vegetables, and refraining from smoking, lending credence to the notion that moderate alcohol use is beneficial. The positive effects on heart health shown in observational studies may have been misattributed to alcohol, according to Dr. Piano.

Which forms of cancer are exacerbated by alcohol consumption?

While the association between cigarette smoking and cancer is well-known, less individuals are aware that alcohol may also act as a carcinogen. More than 75,000 new instances of cancer and over 19,000 deaths from cancer are attributable to alcohol use each year, according to studies by the American Cancer Society.

Head & neck cancers (oral cavity, pharynx, and larynx), esophageal cancer, liver cancer, breast cancer, and colorectal cancer are the seven types of cancer linked to alcohol use. The data linking alcohol use with other cancers is less conclusive, however studies have shown a possible association between alcohol and prostate and pancreatic cancers.

According to Dr. Farhad Islami, senior scientific director of the American Cancer Society, “if someone drinks less, they are at lesser risk compared to that which is a big drinker.” According to some research, “even two drinks per day, one drink per day may be connected with a modest risk of cancer compared to nondrinkers.”

Which health problem is more dangerous?

About 22,000 individuals a year in the United States die from alcoholic liver disease, making it the leading cause of mortality due to alcohol use. While the danger of alcoholic liver disease increases with age and heavy alcohol use, it nevertheless claims the lives of over 5,000 American adults in their twenties, thirties, and forties every year.

There are three phases of alcoholic liver disease: alcoholic fatty liver (when fat accumulates in the liver), alcoholic hepatitis (when inflammation begins to develop), and alcoholic cirrhosis (when scarring of the tissue occurs). It is possible to reverse the first two phases of alcoholism by abstaining completely, but the third stage cannot be reversed.

Jaundice, a yellowing of the eyes or skin, nausea, and vomiting are all symptoms of alcoholic liver disease. However, manifestations of the disease are uncommon until the liver has been badly damaged.

Heavy drinkers have a higher chance of getting an alcoholic liver disease, but one study found that even moderate drinking (two drinks per day) for five years was enough to cause liver damage. Anyone who consumes four alcoholic beverages daily will develop alcoholic fatty liver disease.